The concept of hypoglycemia-associated autonomic failure (HAAF) in diabetes posits that recent antecedent hypoglycemia, as well as sleep or prior exercise, causes both defective glucose counterregulation (by attenuating the adrenomedullary epinephrine response, in the setting of absent insulin and glucagon responses) and hypoglycemia unawareness (by attenuating the sympathoadrenal, largely the sympathetic neural, response) and thus a vicious cycle of recurrent hypoglycemia. Albeit with different time courses, the pathophysiology of defense against hypoglycemia – no decrease in therapeutic insulin, no increase in glucagon and an attenuated increase in sympathoadrenal activity – is the same in type 1 diabetes and advanced type 2 diabetes. Hypoglycemia unawareness is reversible by 2–3 weeks of scrupulous avoidance of hypoglycemia in most affected patients. The pathophysiology of HAAF in diabetes explains why the incidence of hypoglycemia increases as patients approach the absolute endogenous insulin deficient end of the disease, provides a comprehensive set of risk factors including those indicative of HAAF, and leads logically to the practice of hypoglycemia risk factor reduction. Because of the risk of hypoglycemic mortality, presumably from cardiac arrhythmias, glycemic goals in diabetes should be individualized, based in part on the risk of hypoglycemia. By practicing hypoglycemia risk reduction – addressing the issue, applying the principles of aggressive glycemic therapy and considering both the conventional risk factors and those indicative of HAAF – it is possible to both improve glycemic control and reduce the risk of hypoglycemia in many patients with diabetes. 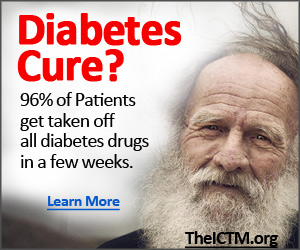