“Diabetes is a serious, chronic disease that occurs either when the pancreas does not produce enough insulin (a hormone that regulates blood sugar, or glucose), or when the body cannot effectively use the insulin it produces. Diabetes is an important public health problem, one of four priority noncommunicable diseases (NCDs) targeted for action by world leaders. Both the number of cases and the prevalence of diabetes have been steadily increasing over the past few decades. Globally, an estimated 422 million adults were living with diabetes in 2014, compared to 108 million in 1980. The global prevalence (age-standardized) of diabetes has nearly doubled since 1980, rising from 4.7% to 8.5% in the adult population. This reflects an increase in associated risk factors such as being overweight or obese. Over the past decade, diabetes prevalence has risen faster in low- and middle-income countries than in high-income countries. Diabetes caused 1.5 million deaths in 2012. Higher-than-optimal blood glucose caused an additional 2.2 million deaths, by increasing the risks of cardiovascular and other diseases. Forty-three percent of these 3.7 million deaths occur before the age of 70 years. The percentage of deaths attributable to high blood glucose or diabetes that occurs prior to age 70 is higher in low- and middle-income countries than in high-income countries. Because sophisticated laboratory tests are usually required to distinguish between type 1 diabetes (which requires insulin injections for survival) and type 2 diabetes (where the body cannot properly use the insulin it produces), separate global estimates of diabetes prevalence for type 1 and type 2 do not exist. The majority of people with diabetes are affected by type 2 diabetes. This used to occur nearly entirely among adults, but now occurs in children too.”–Page 6. 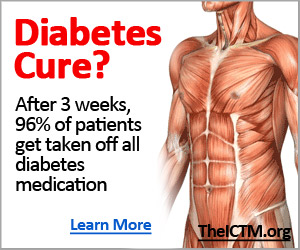